As always, I must speak with a disclaimer that the words here are of my own opinion and interpretation on my views in regards to the Law of One.  I would encourage everyone to read the books on their own, which you may find here, in an effort to receive the information free of any distortions that I may unintentionally add here.

There are 3 densities which I will discuss for these experiences I had with connection. Ra describes the first density as rock and water. Second density are plants (trees in particular), animals, and minerals. Third density is us. Third density are self aware beings including humans and ETs alike. These 3 densities reside in the material world so therefore, we are aware and can interact with them. Within each density there are 7 octaves or levels. Within each one of those octaves are 7 more octaves and so on for infinity.

The first density of rock and water are influenced through transformation by wind and fire. Also, all densities are influenced and transformed by their own or other densities. So a rock may be transformed by the wind, fire, other rock, water, and other density entities including plants, animals, and people. They interact, shape, and transform the rock. The same with water. Water progressing through the inner octaves would be like a puddle, to a pond, to a stream, to a lake, to a river, to an ocean. With experiences from becoming the rain, a bubble, or being drunk by the animals. Experiences in shaping the rock or a catalyst in the life and death of other living things.

I love this knowing I have come to understand of the universe. It is beautiful, elegant, and intelligent. To live by Law of One is humbling, to realize that we all are one and one are all. I find it particularly fascinating that by our interaction we may influence the development of a life force. How wonderful and powerful that is. It has changed how I see all living things and how I interact with them. It goes beyond our influence of each other as people. 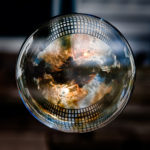 I was doing dishes when I noticed a tiny bubble approaching me from the sink, to my belly. It was the only bubble I recall having seen. I was wearing a shirt and watched the bubble as it came closer, anticipating it popping against my shirt, it moved to about as close as you can get to the edge of my shirt near my belly without touching it. It moved without any sway or jitter – smooth and consistent. It started moving diagonally upward along the edge of my shirt, up to just below my chest toward my arm pit. It continued until it finally disappeared under my arm pit.

I resumed doing the dishes and began to reflect on the Law of One where Ra described that the wind transforms the water. I thought about the water experiencing itself as a bubble. Being lifted into the air in flight. I thought, this must be like an extreme sport for a water drop. Can you imagine being water? To be of a collective – a single entity,  unaware of any individualization? (Ironically the opposite of our experience – individuals unaware of their collective consciousness.) Then suddenly from this collective entity, this drop emerges as an individual into an alien form – the bubble. And if that wasn’t a shocking birth in and of itself – it suddenly takes flight, harnessed by the wind, breaking all the laws of being that it has ever known. haha. Yes, I actually had these thoughts. What an exciting moment it must have been to be that bubble!

After having engaged in that entire thought, and having completed the dishes, I turned 90 degrees to my left and froze as I saw the SAME bubble again down near my belly button. It approached me again. In the same way it had earlier. Once again, I anticipated the bubble popping against my shirt; however, once again, it got as close as could be against my shirt and began to climb up to my chest. Again, it moved smooth as silk, without jitter or sway. It climbed my chest up to about my heart then began moving to the left up where it disappeared, obscured from my sight as it moved up along my neck and over my shoulder.

I laughed and said aloud, “Did I just have a moment with a bubble?” I never saw that bubble pop and I did not see it again, but as Ra would describe that interactions influence the movement of consciousness, I couldn’t help but wonder if that experience had some effect on the consciousness of that water drop. Of course we could say it was just a bubble, but isn’t it amazing what a little perspective can do to enhance the reality of life? I could not help but wonder if this was a deliberate teaching moment for me. Whether deliberate or not, and it seems funny, but quite charming, that I will never forget that bubble and the lesson that I learned from him.

I was reading a book by Ted Andrews, How to Meet and Work with Spirit 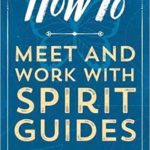 Guides (a book I highly recommend) where he talks about nature spirits. He describes that there are unseen entities residing in nature; in the bushes, in the trees. When he would plan to clean up the brush for landscaping or trim the trees. He would warn them ahead of time for what he was about to do, also asking for a sign if what he was about to do would be inappropriate so that he might reconsider. I loved his perspective, whether I believe in such entities or not, who knows, but it certainly does not hurt to have such a perspective. In the least, in how it relates to the Ra Material (which I do believe), it gives me pause to offer the same respect to the plants and nature as Andrew describes. So in doing simple landscaping, approaching the plants by extending your intention through your heart chakra. My intentions are to enhance their beauty to be appreciated, provide them with water for nourishment, clearing weeds to provide them with protection and room to grow. If you are doing some major landscape renovation, particularly with trees, try to relocate them, reflect if there are any signs that a particular tree should remain before doing the work.

I’ve made it more of a point to look closer at nature – looking closer at the animals, the trees, the flowers. One morning I was walking around taking a look at the flowers when I noticed what looked like 2 iris flowers holding hands

– so to speak. What made this more interesting is that this was at the wilting stage of the flowers. The flowers sat about 2 inches from one another and it seemed they were reaching out to one another. I was curious to see if after their passing these stalks would somehow still show some sort of favor to one another; however that was not the case. So could it be that these flowers who seemed to hold hands as they passed experienced some sort of a connection in their brief life with another? Here is a beautiful video showing in time-lapse, the life cycle of an iris.

I also wondered if the plant itself would be considered like the higher self, and the flowers – individualized consciousness from the rest of the plant. As the flower passes, as in our own incarnation, the experiences of the flower are merged into the consciousness of the plant. Haha – crazy right? I know, but this is how I think, and as crazy as it sounds, makes a lot of sense.

I’ve currently been staying with my aunt. They have a dog named Cody, that is now 14 years old. He’s an old dog whom I never really gave much attention to other than the occasional petting as he passed by. He has various warts on his skin so it creeped out a bit to pet him. He also never seemed to give me any extended attention as well. I would also get agitated with him as he often got in the way.

In recent months Cody’s gate has become unstable – walking as if drunk, and often losing balance. A few weeks ago he began to have diarrhea and grew increasingly weak. Having difficulty moving around at all. For about 3 days he would not get up at all. When you would visit him he would not even raise his head to look up, just glance at you with his eyes and resume his gaze forward. The family had decided to put him down. It was going to occur in a couple of days. At this point I felt very sorry for Cody and the misery he seemed to be enduring. I felt bad also for the way I seemed to disregard him. He  needed some TLC and I wanted to provide that to him.

As Cody laid there, he did not raise his head but his eyes looked up at me. I held his head gently in my hands and stroked his fur along his face and head. I put my forehead again his and centered my mind. I focused on my heart chakra and tried to fill it with the emotion of love and healing. I tried to inspire feelings of intention toward caring, compassion, encouragement and strength. Then I imagined projecting those emotions and intentions from my heart to his. I did this for several minutes as I sat with him and stroked his head.

I did this for 2 days, including the day he was to be put down. On that day he had found his courage to get up on his own to go outside. As a result, they decided not to go through with it and see if he might recover. He has since recovered going out to bark at nothing in the yard but still with his wobbling gate, but he grows stronger and that’s encouraging.

I don’t pretend that I had any hand at his recovery – that is not why I tell this story. The reason I tell that story is that since that day, Cody would come up to me, stare at me, and rest his head in my lap. As he does this, I center my mind and extend compassion and love to him as I did on those days he was lying there. I sincerely believe that in those moments with him, he and I made a connection. Before this, he never made such gestures to me. A few times he also would sit in front of me and raise his paw to me as if to shake even though he can barely hold his balance.

Ra stated that the ascension of second density beings are greatly accelerated by their interactions in their roles as pets. They learn to individualize themselves through the interactions. I find this beautiful and more importantly, a responsibility – for aren’t we all one consciousness? To help another is to help ourselves. To help others is to help all. Not just as people, but all life as we know it.